Showing posts from February, 2016
Show all

The hound of heaven 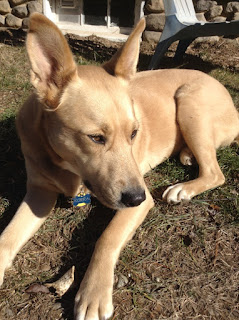 I have been long familiar with the poetic metaphor of God as the "hound of heaven" (see Francis Thompson's poem). Thompson's view of God is as the untiring pursuit dog, never losing the scent. It's a poem which has inspired esteemed Christian writers of the 20th century including Chesterton and Stott. Our first dog had that kind of approach to life; our current dog, Korra, not so much.

Here she is on the left. When I meditate in a public space, she prefers I not forget her. She will push her nose under my hand, lay her face on my leg, and even jump on me. All she wants is to love and be loved. She really likes hanging out with us. She really likes when we pet her, scratch her chest, rub her belly; anything that involves us touching her. If I stop, she will put her paw on me, indicating I need to continue petting.

When she did that to me this morning, I thought of Thompson's metaphor, the hound of heaven. My understanding of God is changing. I can now recogniz…
Post a Comment
Read more

The Bible is literary and sometimes literal Part 1: Talking animals

As a diligent Bible reader you know Jesus likes to tell stories to communicate an important point. Parables, as they are known, are literary devices. When Jesus tells the story of the 10 bridesmaids, we miss his point if we try to find out what their names are and where they lived. Even when Jesus mentions a location, like the good Samaritan from Samaria, we know that trying to figure out which road he was on and which Samaritan village he was coming from is a wasted effort. Even when Jesus tells a story with a guys name, like the poor beggar Lazarus, we again miss the point if we try to figure out who this guy might me literally, or if it literally happened. The literary point is what matters, not the literal point.

Knowing all this, why are you wasting energy trying to find the literal garden of Eden? It is very obvious within the story itself that it is a parable, myth, or fable with a purpose. What is that obvious indicator? The talking snake is a literary device know…
Post a Comment
Read more 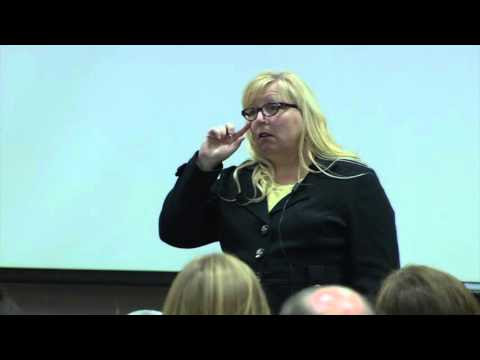 But then you came across the blog of Wendy VanderWal-Gritter, who later wrote a book called
Generous Spaciousness: Responding to Gay Christians in the Church, who wrote from a conservative perspective yet really trusted the Triune God's ability to move in someone's heart to sort out their sexual iden…
Post a Comment
Read more

As a younger person encountering the bible story of Noah and the great flood I always wondered at all the neighbors who ignored his warnings for decades and only mocked him. Naively I asked myself, "how come no one listened to him?" Now I am watching a similar sociological event.

Oil company scientists recognized decades ago that the rapid release of CO2 from fossil fuel emissions would overload the natural carbon cycle the planet has been used to for a billion years. Their bosses told them to shut up and prepared an alternate, non-scientific propaganda campaign. Most of the humans in the world live near the oceans. Because of our inability to agree on preventing this, the oceans will inundate great cities and poor countries around the world. Conservative groups, who by definition of conservatism resist change, refuse to believe scientific warnings and label them alarmists and "chicken littles." They prefer the oil company propaganda. 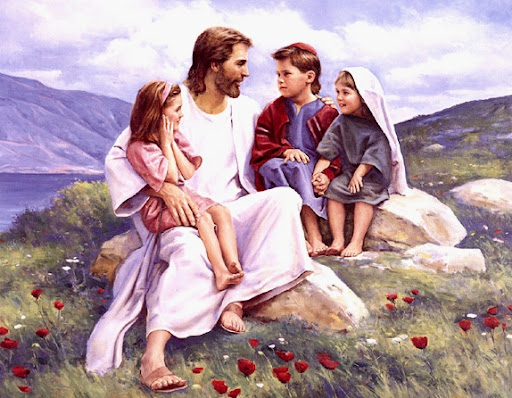 "Can I get the loyalty card discount?" he asked the kid at the register, "I had one like ten years ago, but I don't know where it is anymore." He went in on in gravelly voice from decades of smoking.
The helpful kid responded, "Just type in your phone number."
"Ahh. I don't know which number it went with. Can you just give me the discount for all these groceries?"

The guy in the cart before me was husky, not fat, not stout either. He was in his 50's. His thick black hair was slicked back. He had two rings on his left hand, both skulls. He was buying a bunch of bottled water, packaged sausages, rolls, condiments. He also had a duffel bag with him, and bought another bag for the ride home, probably on his motorcycle.

I was judging him. No card, no discount buddy. When he got the discount, I resented all those times when I was at other stores and did not get a discount. My excuses of being from out of town or whatever legitimate reason …
Post a Comment
Read more
More posts