Showing posts from June, 2019
Show all 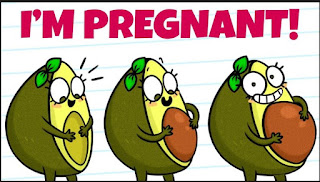 This proposal comes from the intersection of Tish Harrison Warren's article, Pro-Lifers Aren’t Hypocrites, at Christianity Today and Tori William Douglas's article, How I became radically pro-choice, on her blog, with some assistance from Andrew Yang's policy proposal of universal basic income.

Here is an important quote from William Douglas's piece.
The second was a quote, shared by my friend Jon, by Sister Joan Chittister, which you’ve likely read all over the internet by now. "I do not believe that just because you are opposed to abortion, that that makes you pro-life. In fact, I think in many cases, your morality is deeply lacking if all you want is a child born but not a child fed, a child educated, a child housed. And why would I think that you don't? Because you don't want any tax money to go there. That's not pro-life. That's pro-birth. We need a much broader conversation on what the morality of pro-life is."
Harrison Warren's ar…
Post a Comment
Read more
More posts