Showing posts from May, 2016
Show all

I am a conservative, white, American Christian

- May 30, 2016
I am a conservative white christian and I fled Europe for religious freedom.

In 1635 I banished Roger Williams from Plymouth because he exercised religious freedom and thought differently. As St. Paul says, if anyone preaches a different gospel, let him be accursed.

In 1692-93 I supported the execution of 20 people, most of them women, for the crime of witchcraft.

I continually applied rules of property exchange to the indigenous tribes who did not operate in the same way. When they realized we were taking advantage of them, and subsequently lashed out at us, we killed their women, children, and old in places like Mystic Connecticut.

I converted the indigenous people to my Christian faith which necessarily included a culture that looked and acted like mine. But my fellow white American christians did not like living near them, so we gathered them into "praying towns." As we encroached on their homelands, we forced them farther away. When they didn't convert, we would ens…
Post a Comment
Read more

The Parable of the Fig Tree 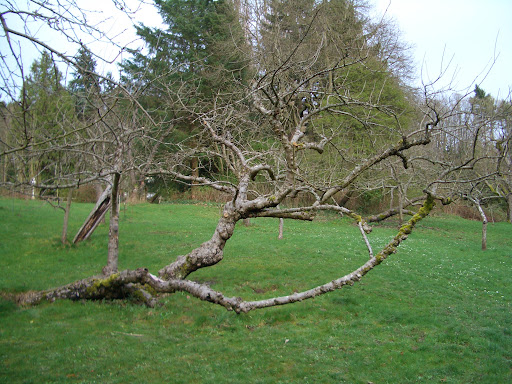 I live in Connecticut where we have plenty of pick-your-own apple orchards to visit in the autumn. I love the crazy looking old trees like this one. They look like a lost cause, but the only reason they are around is because they can still pop out the fruit in season. These warped trees are especially fun when you can still put your kids on your shoulders to "help" you pick the fruit. However, these trees can also be fragile. This is not a tree I would let my helpers play on. The deformity does not prevent it from producing fruit, but the deformity does make it susceptible to damage. In other words, there is plenty of fruit to be had if we protect the tree from stresses that other trees could endure. Additionally, much of this tree's productivity would be limited if it were brought into conformity with how a tree should look like. To judge the tree and take a saw to it before it has an opportunity to demonstrate its fruit production would be foolish.

getting opposite "feels" for trans people 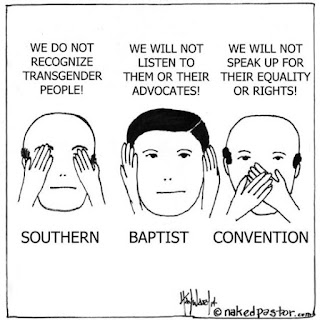 The national conversation on transgendered persons has boiled down to feelings.

Some feelings are of the "creeped out" strain.

Some feelings are of the religiously guided form.

But feelings are not a useful guide to policy on civil rights.

Because some of the people do not have "creeped out" feelings.

Some people are religiously guided to acceptance.

Feelings do not move towards solutions on a political level.

Fortunately, our country is guided on the principle of no state church. All religions are treated equally. All minorities are entitled to the same civil rights as the majority.

So if feelings and religious sentiments are not valid considerations for guiding civil policy, what is left? Facts and figures of the observable and reproducible variety.

Transgendered persons are a normal variant of the human species, just like intersexuality, homosexuality, asexuality, and bisexuality. For all of these, the outworking of these genders and sexes does not harm anyone e…
Post a Comment
Read more
More posts